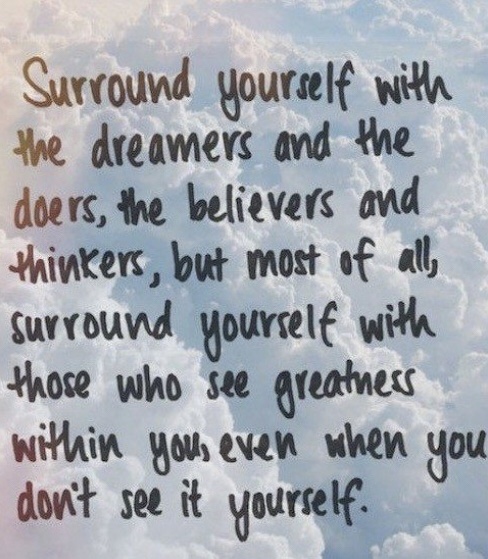 I haven’t had a ton of friends in my life. Many acquaintances but not many close friends. As an adult and moving away from the only friends I had was a struggle. Making friends as an adult is an interesting thing. You don’t really go out of your way to make any. You have work, and romantic relationships that take premise. So when you do make a friend it is kind of grand. Finding people who are like minded with you, sorta on the same path career wise etc. I have a story to tell about the friends I’ve (we’ve made) since moving to Kelowna.

But before I get into that

I have to talk a little about the so-called friend I made in Calgary during the 6 years I lived there. Again, I moved across the country to get away from a toxic relationship. I was wholly focused on my career and my dogs. I met this girl I worked with and found out we had similar interests. Like old movies, musicals especially. We both loved sci-fi and things of that nature. So I invited her out to catch a movie and we hit it off and hung out a lot for about a year.

Not long after we moved in together I started seeing the signs I wished I had seen prior. If I wasn’t at home in the evenings she’d stalk my facebook activity, text, call or try to contact me otherwise. She even told me up front that she broke into my computer to read my messages and emails to find out what I was up to at one point. I tried to ignore these things because I am not one to really care what other people do. But then she started getting mad at me for things like me not cleaning the house on a specific day with her. Side note: growing up with the large family I had, led to me cleaning constantly clean as you go if you will. So I was ALWAYS cleaning, she just didn’t see it so of course in her mind it wasn’t happening.

At that point in my life my mom moved in with me. John (step dad) and my younger siblings moved back to Texas. Mom had to wait awhile for some paperwork to go through. So mom moved in. After a few weeks she (I won’t name her because I am not that type of person) starting saying the same thing about my mom…she didn’t clean or help out with rent etc. This coming from a girl who never paid her rent to my brother in the 3 months she lived with us.

Then I met Luke

So months later I met Luke (my husband). I started spending a lot of time with him and taking the dogs with me and just not being there. I decided to move out and she wanted her boyfriend to move in. I asked for a lease agreement to be signed and she thought was a ridiculous ask since she owned the place. I had to explain my legal rights regarding allowing another person to live in the home I owned. After many verbal battles and name calling and me putting my foot down saying “he can’t move in without a lease”, it was signed.

I really don’t want to go on about her but it went on. So many issues from them returning any mail to sender, to saying I couldn’t check up on the place after a year etc.

All that to say

After that I really didn’t make friends. I knew people from work but never made any substantial connections. Maybe from fear, maybe because I just didn’t care anymore. Who knows. So we move to Kelowna. A place infamous for “clicks” apparently. We are renting in this adorable old little home from a young guy. We are about 7-10 years older than the gang that shares the back yard with us in the summers. But they are all lovely and invite us out and over. Then a new neighbour moved in (Sam) and we didn’t talk much at first. Probably due to the lack of interest of meeting new people on my part. One night though, we had a fire and sat a talked for hours and she and I are completely on the same page. We are like minded souls. Luke gets along with her too which is great.

Another strange but wonderful relationship started on a flight back from Vancouver and I sat beside Tara. She’s around my age and we just chit chatted about whatever. At the end of the flight which is only an hour long she gave me her card. She said “call me to meet up for a drink sometime.” I thought that was sweet. Later I found out when she moved here she had a hard time meeting people and thought she’d make it easier on me.

We met up and hit it off and decided to introduce our boys to each other. Kirk had a key chain with the Oilers on it and Luke who is a huge Oilers fan saw it and well that was that.

To finish this off I’d like to share a quote from one of my favourite movies. “When I was a little girl, I’d spend hours looking for ladybugs. Finally I’d give up and fall asleep in the grass. When I woke up they were crawling all over me.” – Under the Tuscan Sun

The point is stop trying so hard. It happened for me with my husband and it happened with new friends who are dear to me. In life we work ourselves up, and stress about things. But life and love will happen for you. If you just let it. 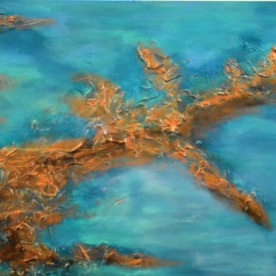 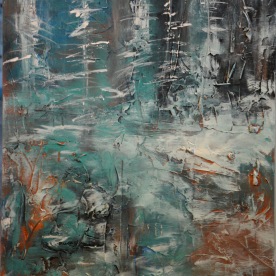 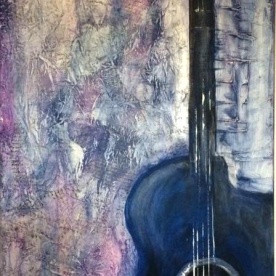 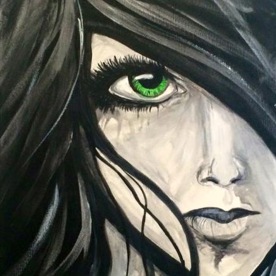 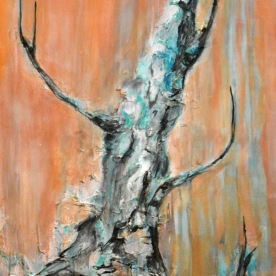 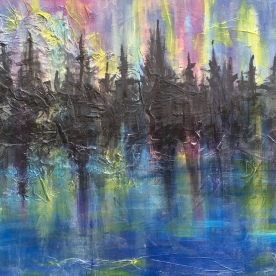 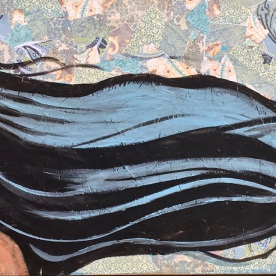 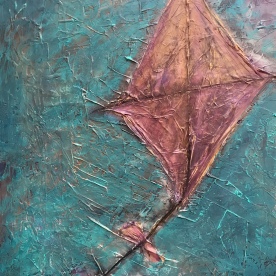 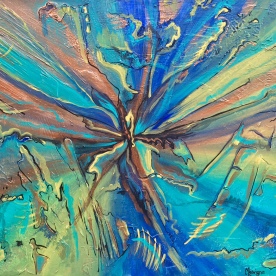